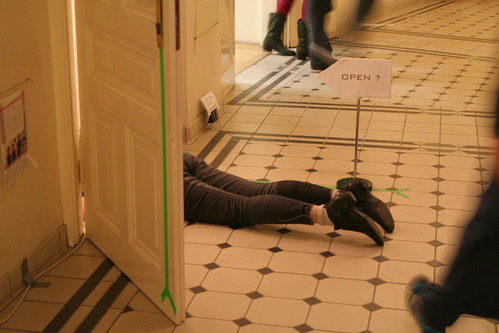 At some point in Stadtrat Pokorny’s speech, it crept up on me: are we at an Urban festival, or is this a f…ng funeral? No, there is no way around addressing the refugee crisis. And yes we do have to talk about next weeks’ municipal election in Wien. The stakes are high, after all. But the tone was sombre, and the response seemed, how can I put it, so toothless.

This is what it’s like all over Europe, I guess. A narrative of reasonable politicians trying to do the right thing, and being punished for it by right wing populists and angry, worried citizens. A trench war being crafted between ‘gutmenschen’, reasonable but naïve, and xenophobic Nazi’s with a discourse that seems ever more ‘salonfaehig’. The latter seem to have to upper hand, no matter how many people gather in the streets this afternoon.

What, in such a situation should artists, activists and urban researchers do? Play, research and protest, as long as it’s possible, until we’re shut up, while progressive politicians fight our corners until they’re voted into martyrdom?

No way, as far as I am concerned. I think we have at least three other tasks.

The first one is ‘to betray the age’, to expose ruthlessly, as Derive has done for years, the deceits, simplifications, blind spots and assumptions underneath contemporary urban battle lines. We need to find the cracks and lies in dominant narratives, to make other connections and avenues of action visible.

The second may be to explore beyond-doomsday perspectives for civic action. We are not going to let this groundswell of solidarity and activism we’ve seen emerge in past weeks be stopped by some silly municipal election. We need to anticipate what seems inevitable in the short term and gather our collective intelligence and talents to come up with an even better, broader response, after Strache & co. will cry out victory next week.

And thirdly, we need to push ourselves far beyond the comfort zones of our own circle of usual suspects. ‘Do it together’ also implies a genuine attempt to find common ground across conflicted perspectives that would normally not come together.

I wonder how you, urbanize-makers, are dealing with these kinds of questions? Perhaps you have better, different ones.

I wonder what is possible when we throw the best of what we have on offer in a box and carve out some new ideas and interventions. After next Sunday comes Monday. After Vienna come new elections elsewhere in Europe, under similar conditions.

Most of all, I wonder today, what ordinary ‘Wiener’ in the vicinity of Urbanize have to say about the future of their city, but more on that tommorrow. Meet us today at 17.30 at the Hamburger living room for a round of Klarer Kopf and a discussion about your burning questions.

What are some of the burning questions looming behind the theme ‘Do it together’? For most participants, it’s the last thing on their minds, as opening day is nearing and empty rooms need urgent decoration. Two weeks ago I visited a deserted building. When I came back a week later, an impromptu refugee camp had been established. Now, there is an urbanize! bar, and a growing tribe of urban activists shaping up what must be the most daring version of the urbanize! festival to date.
Yet, the flurry of preparations, drilling sounds and artefacts moving around still leave room for a little bit of reflection at our makeshift „Klarer-Kopf“ station. Aided by a few small shots of ,Birnenschnaps’, people discuss their burning questions around urban collaboration. A few impressions:
Collaboration, who can be against it? You’d think at face value. But it’s justified to ask who’s collaborating with whom and what the patterns of inclusion and exclusion are. Look at us, enlightened citizens in our cooperative playground. But we share our urbanize-home with a transit camp full of precarity. And next to our entrance, an FPO billboard is calling out for an October revolution, scheduled less than a week after urbanize! closes its doors. What they’d like to do together with Vienna may not quite be the same as what we have in mind. Collaboration among likeminded people is already just, as the programme booklet suggests, ‘bloody difficult’, but what of the interactions with people that have diametrically opposed views and ways? Who is ‘we’? Who is here? Who is not? City Ouvres have their dark sides and blind spots too, depending on who’s observing, and from what discipline we draw our tools and perspectives. One social activist for example asks about the relationship between the built physical environment and potential for collaboration? It’s one of those questions that can only be answered by practitioners and researchers that come of their silo’s and this might well be one of the places to do just that.
Then, there is the promise of things like the sharing economy and the DIY-society. And what it by the way the relation between Do it yourself and Do it together? Three trends are clear. One, we’re amidst a global groundswell of collaborative action, ranging from new peer to peer platforms such as Fragnebenan to new solidarity impulses in the wake of the current refugee crisis. Two, such trends are always encroached upon by the tentacles of neoliberalism. Think of Ueber, RB&B or Zipcar. Three, the transformative potential of Do-it-together inspired initiatives is always at risk of institutionalization, or fatigue, when reality kicks in and resources and motivations wane. Here participants are not necessarily in agreement with each other. Are we at a moment in time of bottom up action capable of fundamentally challenging neoliberal hegemony? Or are we once again, being too hopeful?
One risk of such fundamental questions is cynicism or paralysis, the kind of energies that participants can miss like a toothache, as they would say in Dutch. Another is that we get stuck in the realm of the rational or to lose sight of common sense. I mean, we can have another debate on neoliberalism, gentrification or urban planning. Or we can get on our bike and stage everyday conversations with new inhabitants of an iconic district like Aspern and ask after their wishes and ambition. Why not get some more clarity by another schnapps, a step into your Urbanikum or a game of ‘Kaffeesatz Lesen’ or collective drawing? These are a few of the modest contributions that our hosting team will be offering throughout the festival. Surely, as one participant remarks, collaboration is such a difficult ball-game that the fun-factor might well be one the more important ingredients to pull through? Isn’t it time we move beyond ‘isms’ of any kind anyway, as Ferris Bueller advised us decades ago? Or as Buckminster Fuller suggested: we should be architects of our future, not its slaves. Well there are lots of architects around here, and once they’ve transformed this building into a cooperative playground the can be trusted to go on and redesign the rest of the world.
The last few lines are reserved for Martin, the ‘Einsatzleiter’ from the Red-cross. There is something surreal about sharing an urban festival ground with a refugee transit camp, but as in real life, we just have to make the best of it, or better, explore in practice what can be done together: Connect the hallways, open the children’s playground, and translate the daily programme into Farsi and Arabic. Before it’s even suggested, it so appears that the team from the ‘Offene Deutschkurse’ had already started. Welcome to the spirit of urbanize! 2015… 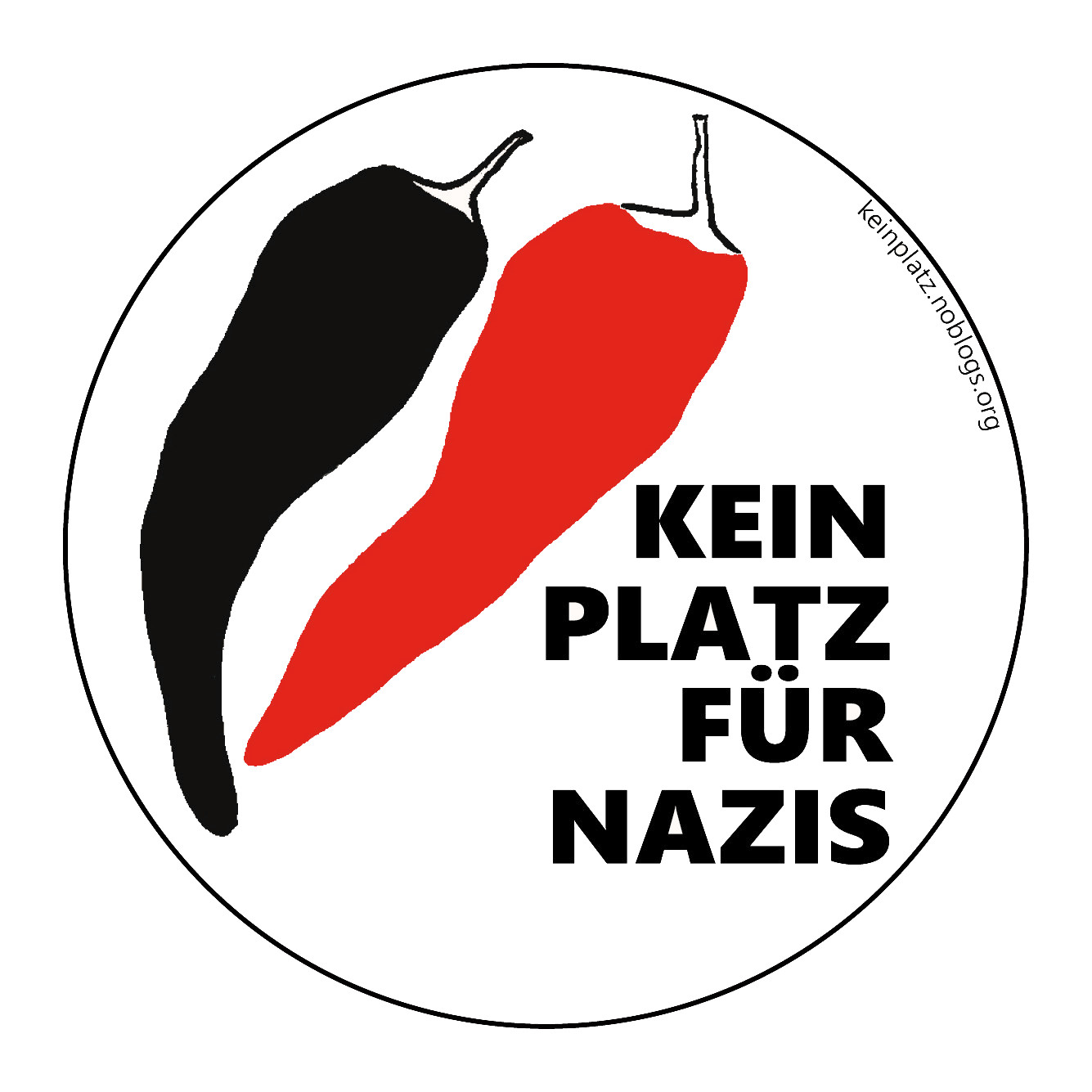 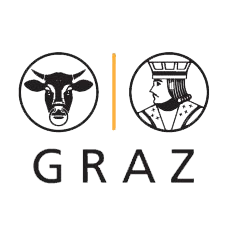